Is your roof ready for climate change?

15 Oct Is your roof ready for climate change?

Posted at 15:07h in Uncategorized by R&BS

We’re all aware of climate change – particularly in Australia. Global warming may be a worldwide issue, but the effects Down Under are especially pronounced.

CSIRO’s latest State of the Climate Report found that 2013 was the hottest year on record, with average temperatures being a whole 1.2 degrees Celsius above the average recorded between 1961 and 1990. It may sound like only a small amount, but we certainly feel the difference when exposed to the sun – and so does your property.

Ultraviolet radiation is a persistent issue for Australian buildings, and one that’s not going away. Australia’s thin ozone layer dispels little of the impact from the sun’s intense rays. Under the constant solar glare, building and roof maintenance becomes a more pressing concern.

Experts at the University of South Australia are helping to educate people on the benefits of taking climate change into account. After all, it may be difficult to stop global warming at the moment, though we can secure our properties to make them more resilient and profitable. 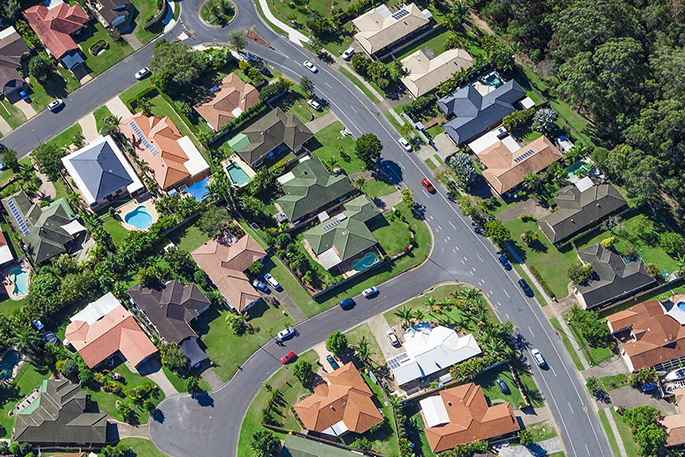 UV radiation has an effect on all roof types.

Electricity bills can be tricky to bring down, though John Pockett from the University of South Australia’s Barbara Hardy Institute said it can be done by focusing on your roof.

“In mainland state capitals across Australia, the benefits of installing a cool roof to combat the summer heat can significantly decrease your total annual electricity bill for heating and cooling. Going from a dark- to light-coloured roof can decrease your annual energy costs by 4-8 per cent,” Dr Pockett explained.

“With quality reflective paint technology designed to repel dust and dirt, this is a low-maintenance roof solution.”

All indications point to global warming increasing over the coming decades. CSIRO’s study found that surface air temperatures have been trending gradually upwards since the 1950s.

Meanwhile, CO2 emission production, which degrade the ozone layer, is also not slowing down. In 2013, we produced around 46 per cent more carbon dioxide than we did in 1990, pumping out an estimated 38.8 billion tonnes of CO2 globally.

It puts the emphasis on planning ahead and future-proofing your roof , which is where budget forecasting and inspection reports help, while also limiting your future costs for roof repair and maintenance.

So, who can use this information? Businesses certainly can, as well as government agencies, as Dr Pockett concluded.

“Cool roofs … have bigger implications on electricity infrastructure expenditure – a big consideration for state governments trying to save money while planning for future electricity needs.”

To discuss how you can prepare for both the short- and long-term impacts of climate change, speak to a professional at R&BS today.